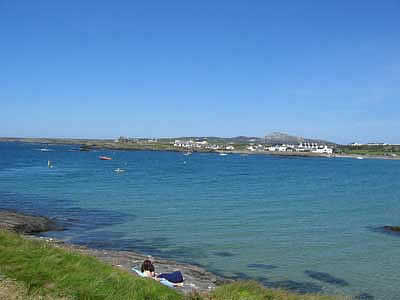 From south, Maen Piscar (dries 1.7m) is a major hazard on the chord between Rhoscolyn Head and Penrhyn Mawr. Give coastline 0.5 mile clearance from Rhoscolyn beacon until Trearddur opens, then turn in. From the north, go south of Penrhyn Mawr until chimney (127m. R.lts.) bears 055° before turning into anchorage. 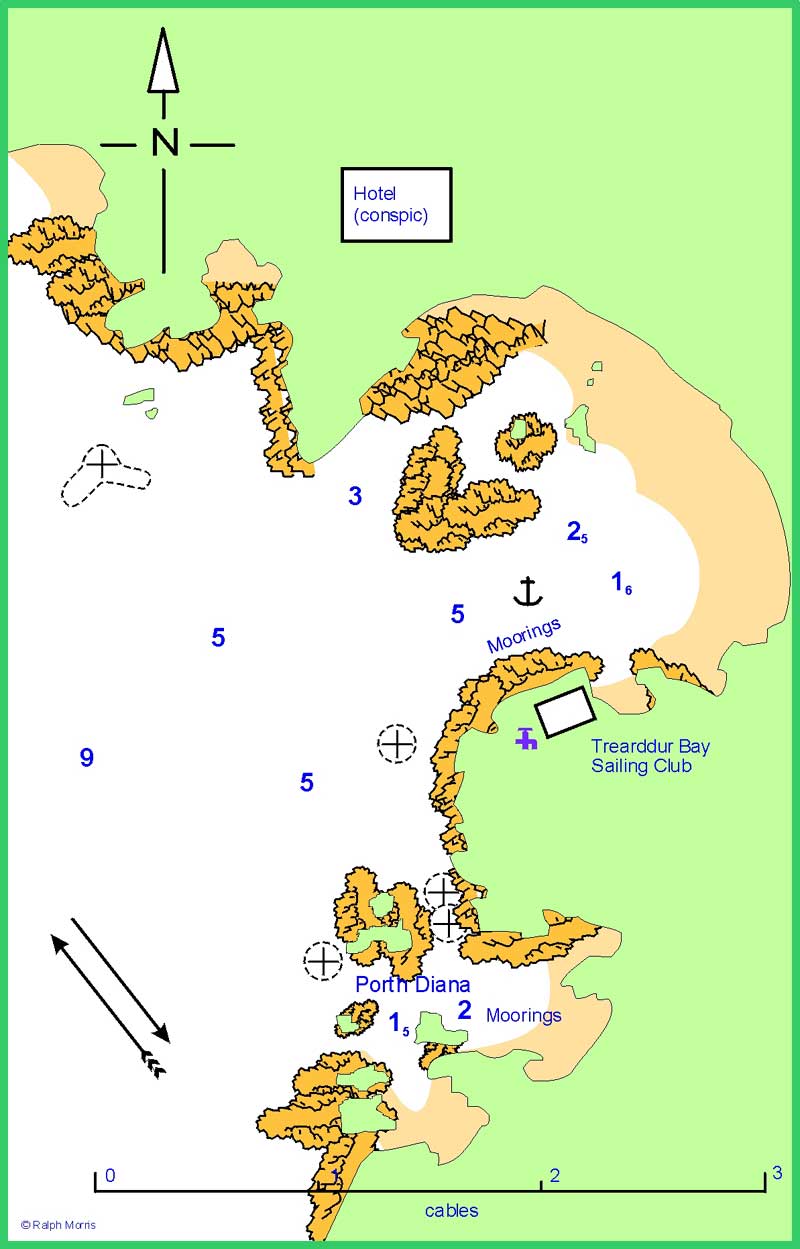 From north-west through north to south-east. Very exposed to south-westerly winds. Fairly good holding on sand and shingle. Pick up private mooring if possible.