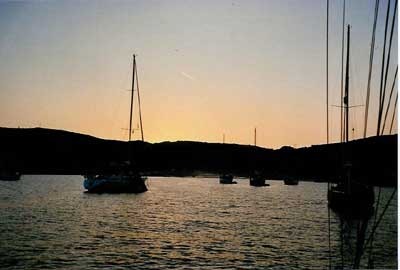 From east clear Llanbadrig Head by 2 cables, and do not turn into bay from the east until Cemaes harbour is well open to avoid 1m. patch. From west, clear Wylfa, with conspic. power station and enter Bay when fully open. Cemaes (village) Bay approached to port of centre line.
Anchor in Llanbadrig Cove to north-east on sand, with tidal stream across entrance, or in Porth y Wylfa in 2.2 metres.
At W. end, anchor of Porth yr Ogof S. of Lamb Island in 3m-8m, or dry west of island. 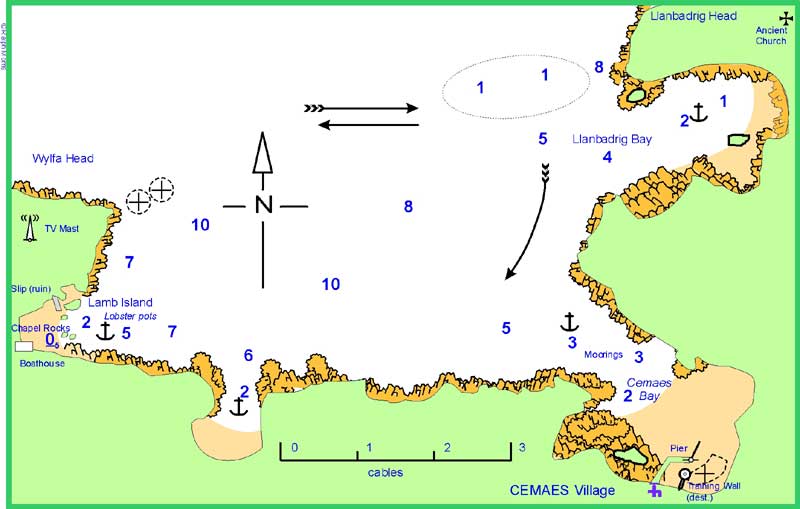 From east through south to south-west in Llanbadrig Bay. Some protection from north-east in Cemaes (village) Bay and better protection from SW than Llanbadrig. Lamb Island anchorage offers shelter round to north-west in an emergency but scend, sometimes severe, from all N. directions in strong winds.
Porth y Wylfa gives protection in all winds except NW – NE.